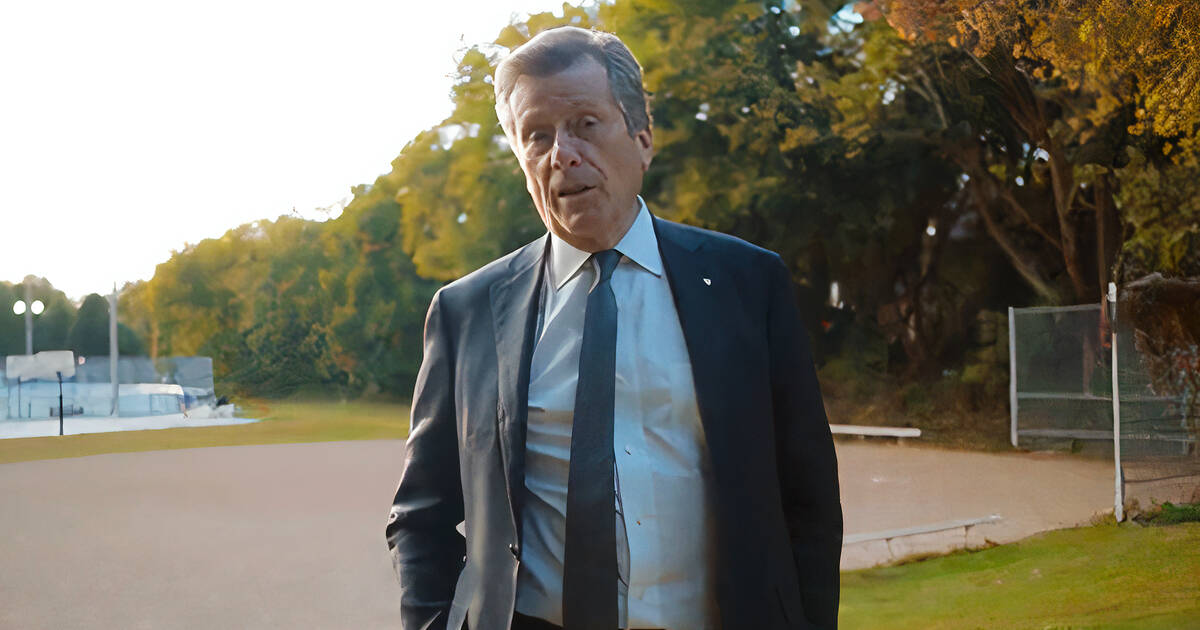 As part of his mayoral campaign, John Tory has launched a push on social media to remind people in Toronto of his platforms and policies, but unfortunately, one video he posted to Twitter this weekend is really not going over well.

The topic of the missive was park space, which the mayor vowed to continue to champion and invest in, announcing his “commitment to making Toronto cleaner and greener so that our city can be even more livable and enjoyable” on Saturday.

In the minute-long clip taken in Ramsden Park, Tory said he will work to add to the city’s park network with the completion of new green spaces such as the Etobicoke Greenway along the Hydro One corridor, the Bathurst Quay waterfront park and the ambitious University Avenue Park, to run on one side of the thoroughfare from Queen’s Park to the lake.

He also stated that he wants to make Scarborough “one of the most park-rich areas of the city” by improving on the Meadoway, following through on the current plans to revamp 500 acres of land along 16 km between the Don River ravine and Rouge National Urban Park, and bring public art installations to such spaces citywide.

“These build on my strong record of investing in our city in parks and green space,” he finished before encouraging constituents to give him their vote.

But, Torontonians quickly responded with a flood of complaints about the current state of the city’s park under John Tory, wondering what exactly would change if he was re-elected.

Residents are taking particular issue with the lack of working amenities like washrooms, water fountains and overall shoddy and aging park infrastructure, as well as fenced-off parks that have long been closed to the public due to “remediation.”

Many are also pointing out the dramatic and extremely controversial tent encampment clearing that took place in a number of the city’s parks during the pandemic, which many people feel were violent and had far too heavy-handed of a police presence.

The fact that the city went on to spend millions on private security to monitor parks and prevent anyone from camping out in them only serves to pour salt in that very large wound.

As one resident and journalist noted in a popular reply to Tory’s video, “one of my last nights at Trinity Bellwoods, I saw white pickup after white pickup of private security driving on the fields, flashing their lights at tents and generally ruining the vibe. Public art is great but maybe work on the basics like bathrooms and real grass first.”

Others simply replied with photos of the encampment clearings.

a year ago you spent ~$2M on violently clearing the homeless from parks. is that what you mean by investing? pic.twitter.com/Ocaad8LWzO

And still others have been happy to send Tory pictures that show the less-than-ideal present state of their local parks and their amenities.

As one person chimed, “parks fell apart under your watch, and now you want the chance to fix them and take credit for doing so? No thanks.”

And that appears to be the dominant sentiment among 454 comments and 241 quote tweets.

Though public response to politicians on social media does largely skew negative, this tweet has appeared to be extra popular and for some, enraging.

The public can choose who they think is best to manage the city’s 1,500+ parks — and to tackle all other Toronto issues — by hitting the polls on October 24.