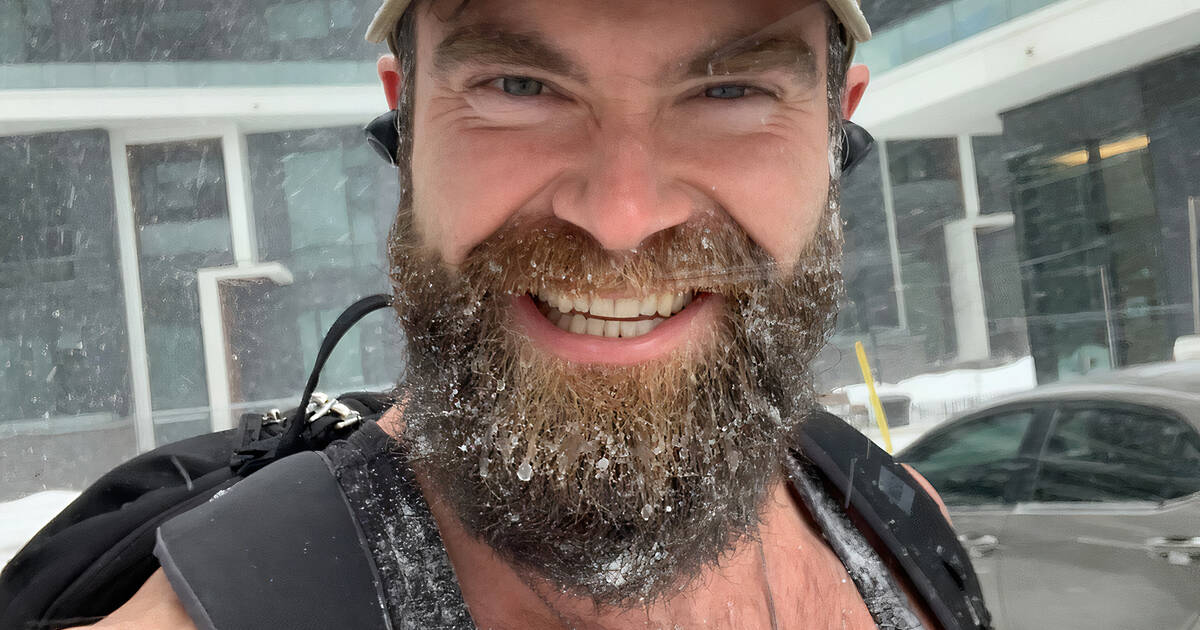 While many of us like to cozy up indoors whenever sub-zero weather hits, one Toronto man purposely goes out in summer attire for a rollerblade on snowy sidewalks.

Toronto resident and fitness trainer Ian Willchuk was recently captured outside rollerblading in the snow with just a tank top and shorts on, the day after Toronto’s big snowstorm on Jan. 18.

Willchuk tells blogTO, he rollerblades outside, even on the coldest days, for what is known as cold exposure therapy. The idea is to expose yourself to the cold, much like the people who swim in a freezing Lake Ontario do.

“I started because of my mental health, it really, really helps with depression,” he says.

He says it helps the body produce dopamine, increases circulation, and boosts metabolism. There are studies that show it helps with inflammation.

Willchuk says he has been rollerblading for two years in whatever weather. When it’s cold, taking off his jacket provides the added bonus of cold therapy. But the rollerblading helps him get to his clients faster.

“It’s just a faster way to get around for me than walking.”

He will wear gloves at colder temperatures but once he starts moving he warms up quickly. He also takes ice baths in Lake Ontario every weekend. In the summer, he does really cold showers.

Cold therapy is part of a broader health philosophy called primal movement, which he says is basically about reconnecting your ancient biology and the fact that we are animals.

“And there are certain types of ways to live your life that can really maximize your health based on that,” he says.

Cold exposure, getting enough sun, eating whole natural foods and enough protein are all part of it.

He sometimes gets looks while rollerblading in the cold and people write comments on photos or videos of him, but he doesn’t mind.

“I get a kick out of it,” he says. “I think it’s kind of funny. You know, I think more people just need to get out of their comfort zone and do what they want to do and not care what anyone else thinks.”