Toronto reviewing emergency cooling centres after quietly shuttering them in 2019 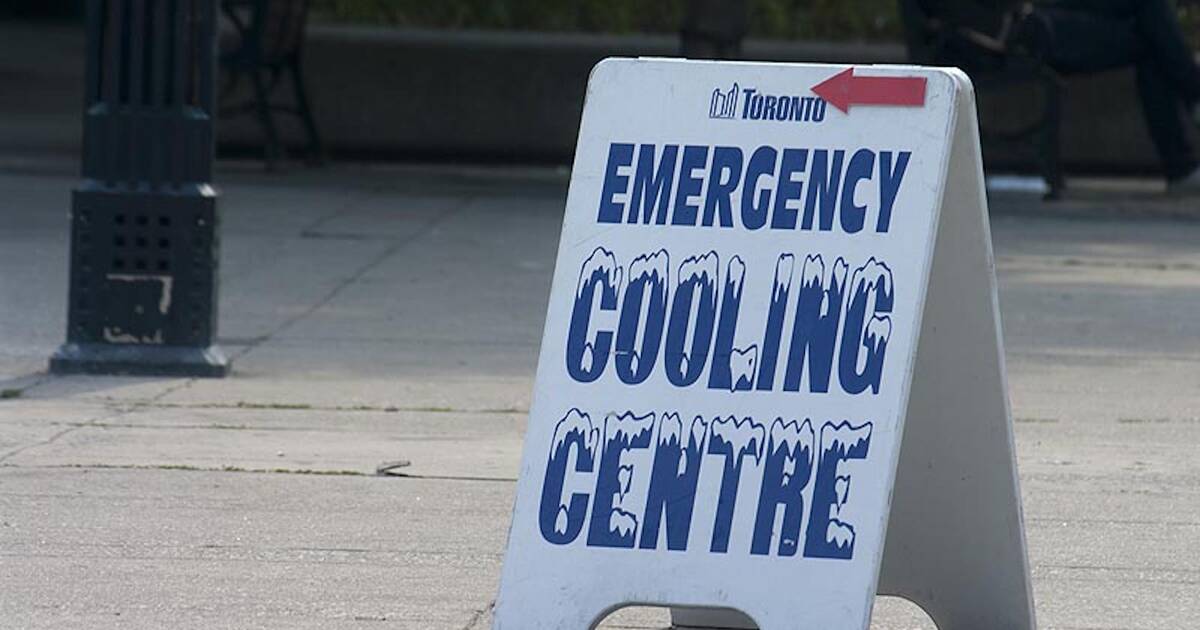 As record-breaking heat events become the new normal for Toronto’s present and future, emergency cooling shelters (ECCs) are at the forefront of a city council deliberation.

In 2019, the city closed multiple independent emergency cooling centres, in favour of the Heat Relief Network (HRN), which uses already established infrastructure like malls, pools and splash pads as spaces to keep cool. In total, there are 300+ HRN networks.

The network also includes shelters and 24-hour respite centres that are available to individuals experiencing homelessness.

However, due to the pandemic and restrictions in the last two years, the city wasn’t able to promote the network and a number of locations were either closed or put on reduced schedules.

As a result, only a few ECCs were opened on an emergency basis for 2020 and 2021, but aren’t scheduled to reopen or operate at full capacity this year.

According to the agenda for council’s meeting on Wednesday, July 6, the city will review its enhanced emergency cooling centre system. A report linked to the council agenda recommends the continuation of the HRN and the discontinuation of ECCs completely.

“Reverting to a discontinued approach where dedicated fixed-site emergency cooling centres are opened for heat alerts is not recommended. This approach for cooling was reviewed in 2018 and was determined not to be an appropriate response measure to hot weather,” read the report.

But not everyone thinks the HRN is a suitable plan.

Tomorrow, Council deliberates on emergency cooling centres (ECCs), which were scrapped in 2019 for the Heat Relief Network. The Network is inadequate for unhoused/low-income people and it exacerbates climate change inequity. Read my policy rec’s: pic.twitter.com/40VJYtg49V

Chan McNally makes the point that unhoused and low-income individuals without air conditioning must be prioritized when considering any new heat relief strategies and that HRN locations like private malls are surveilled and aren’t welcoming for everyone.

More so, splash pads are only for children and swimming pools are time-limited and require a bathing suit, which Chan McNally argues is not accessible or available to everyone.

Though community spaces are available through the HRN, Chang McNally argues they aren’t doing enough as they don’t supply water, food or on-site healthcare.

“It is deeply problematic to rely on these overstretched and underfunded services to bear the burden of the city’s failure without any additional funding or resources support,” read Chan McNally’s letter.

However, the city has taken the view that ECCs “are not an effective approach as compared to over 300 publically accessible facilities including city facilities, plus other publicly accessible locations that provide access to cool space all summer.”

The report overviewing both systems points out that New York and and Phoenix have both transitioned to a heat relief network program.

Toronto is also conducting outreach to “those living outdoors to encourage them to seek heat relief available at shelters, drop-ins, and 24-hour respite sites.”

Another point made by Chang McNally is that only individuals with devices and internet services can access the locations of the HRN, which are listed on the city’s website.

As a result, Chang McNally calls for dedicated fix-sited, resourced 24/7 cooling centres and an increase in funding and resources for drop-ins, community centres and libraries to provide on-site health care, food and drink provisions, TTC fare and potentially expanded hours during extreme heat.