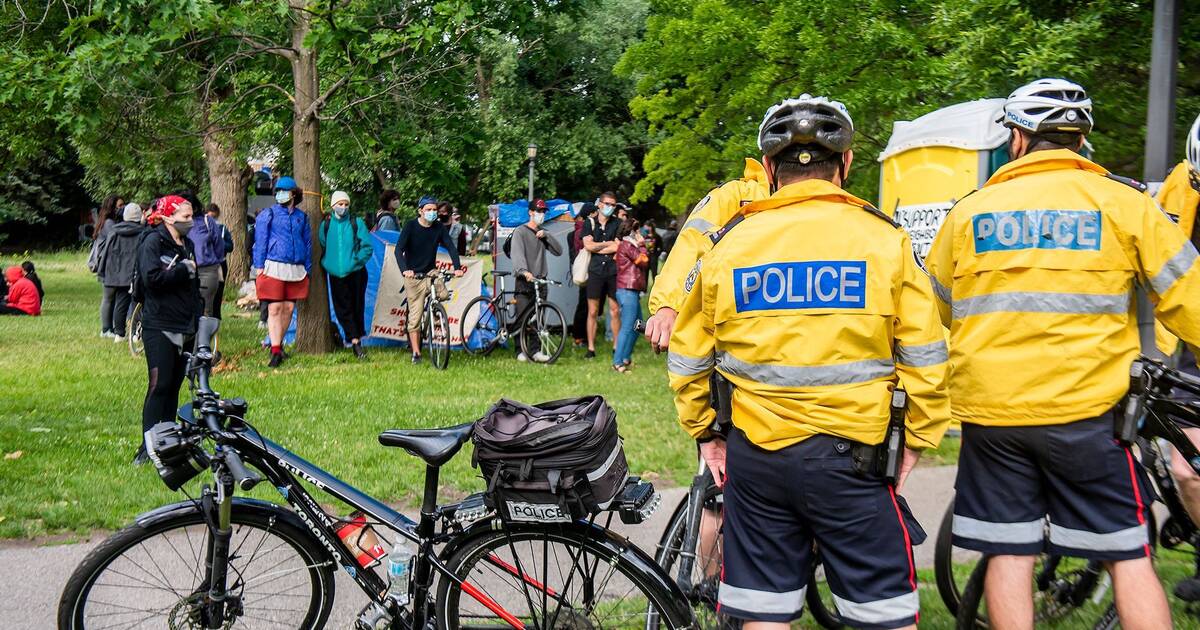 The City of Toronto is searching for private security companies to patrol its parks and investigate attempted encampments, safety hazards, and criminal activity.

The recent call follows a similar attempt made by the city in May to find a company that would provide security at municipal parks.

Large encampments multipled across the city amid lockdowns in 2020 and 2021 and the ongoing housing crisis, with many houseless people feeling unsafe in shelters. The City of Toronto was heavily criticized by many who viewed the tactics police officers used to clear encampments as violent and unnecessary.

A new RFP posted by the city on Wednesday says it’s now looking to hire a company that will offer security services at parks throughout Toronto. Some of the parks listed include Trinity Bellwoods Park, Alexandra Park, and Allan A. Lamport Stadium Park.

The recent posting resulted in some strong reactions on social media.

Sickening: The City of Toronto is hiring private security companies to patrol and target people experiencing homelessness in public parks.

Imagine if the city just spent their resources on helping unhoused folks with housing, instead of criminalizing them for living in poverty.

Others stated that the city is acting appropriately in protecting the public.

They are protecting the public who want to use the parks and also protecting public spaces from being destroyed. There is only so much the city can do to encourage homeless people in encampments to accept help.

Some people said that increased security does little to prevent homelessness.

That’s nonsense. What exactly are they protecting the public from? Seeing that poverty and homelessness exist?

Staff from the firm are responsible for “monitoring and patrolling” the parks as well as “observing, investigating and acting on possible attempted encampments, safety hazards and criminal activity.”

The posting also states that staff will must “if required, legally arrest individuals and surrender same to Police as soon as possible.”

They will be required to enforce the Trespass to Property Act, which may include “physically removing individuals found trespassing or engaging in criminal acts.”

The RFP notes that guards will provide “support to those experiencing homeless [sic] by connecting them to City services.”