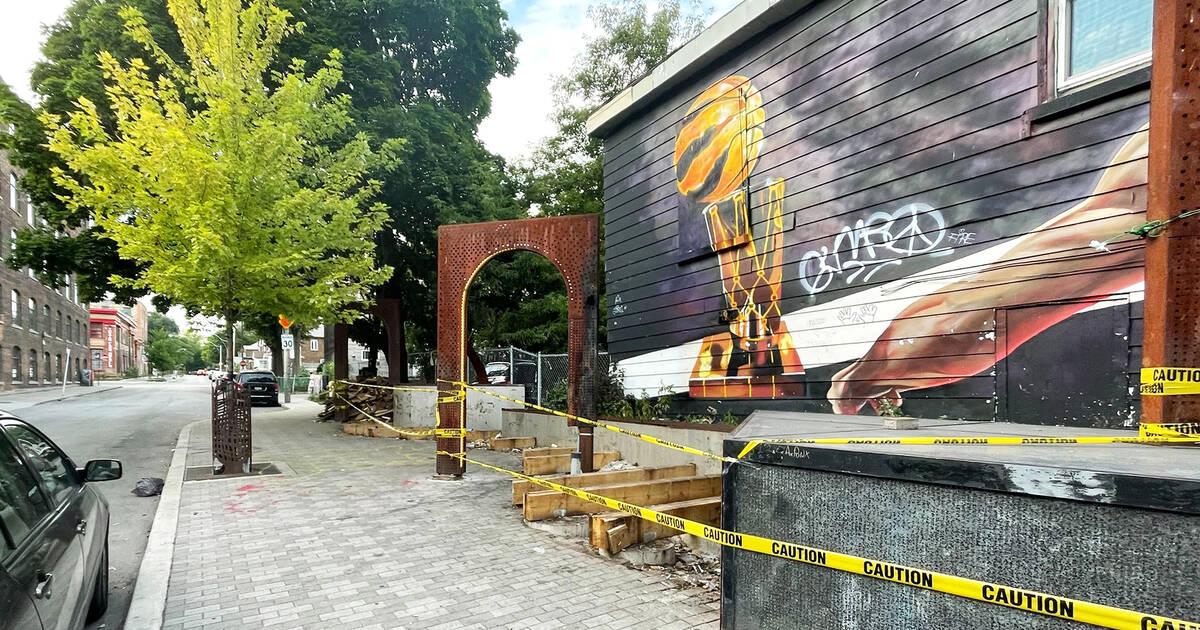 It’s been nearly two weeks since staff from Queen West tattoo shop FY Ink decided to dismantle a nearby parkette without any permission from the city, and the local BIA has now spoken out on the matter, while also revealing new plans for the space.

Those who live in the neighbourhood were outraged to see the metal and wooden seating on the artist-designed public property — which was known as a place for houseless residents to socialize and sleep — being ripped apart without any authorization from anyone, ostensibly due to the business’s disapproval of the types of people who gathered there.

One resident claimed in an Instagram story that, upon questioning the owner of FY Ink about the move, he stated that the space had become “a hospice for death that is destroying the neighbourhood.”

The Queen Street West BIA confirmed to blogTO this week that neither they nor the city had approved the work, but added that the space was slated for an upgrade shortly anyways.

“As a result of unintended use of the parkette, The BIA went through extensive efforts to clean and maintain the site from harmful materials that could endanger the public realm. Consultations with various city departments and police were held to determine the next best steps for the parkette,” the BIA writes in its newly-released formal statement.

They added that though the official dismantling of some of the amenities was set to begin around this time anyway through a third party construction, a fire took place on July 9 that “created an unsafe environment.”

Yesterday, the Queen West BIA released a “Statement on Ryerson Parkette,” a little more than a week after rogue actors from FYInk took it upon themselves to demolish this vital community space. Here we outline what we learned from their statement and some questions that remain.

“There were individuals who then started roguely removing some of the seating and staging ahead of schedule without consent,” the organization continues.

“Neither the city BIA office nor the Queen Street West BIA had prior knowledge, consultation or gave permission for any demolition that took place…. [but] it is in our every desire to bring these public spaces back to their intended use of serving Torontonians and tourists alike.”

Though construction schedules have yet to be confirmed, it seems the new design has been, with the BIA sharing a rendering of what’s next for the parkette. 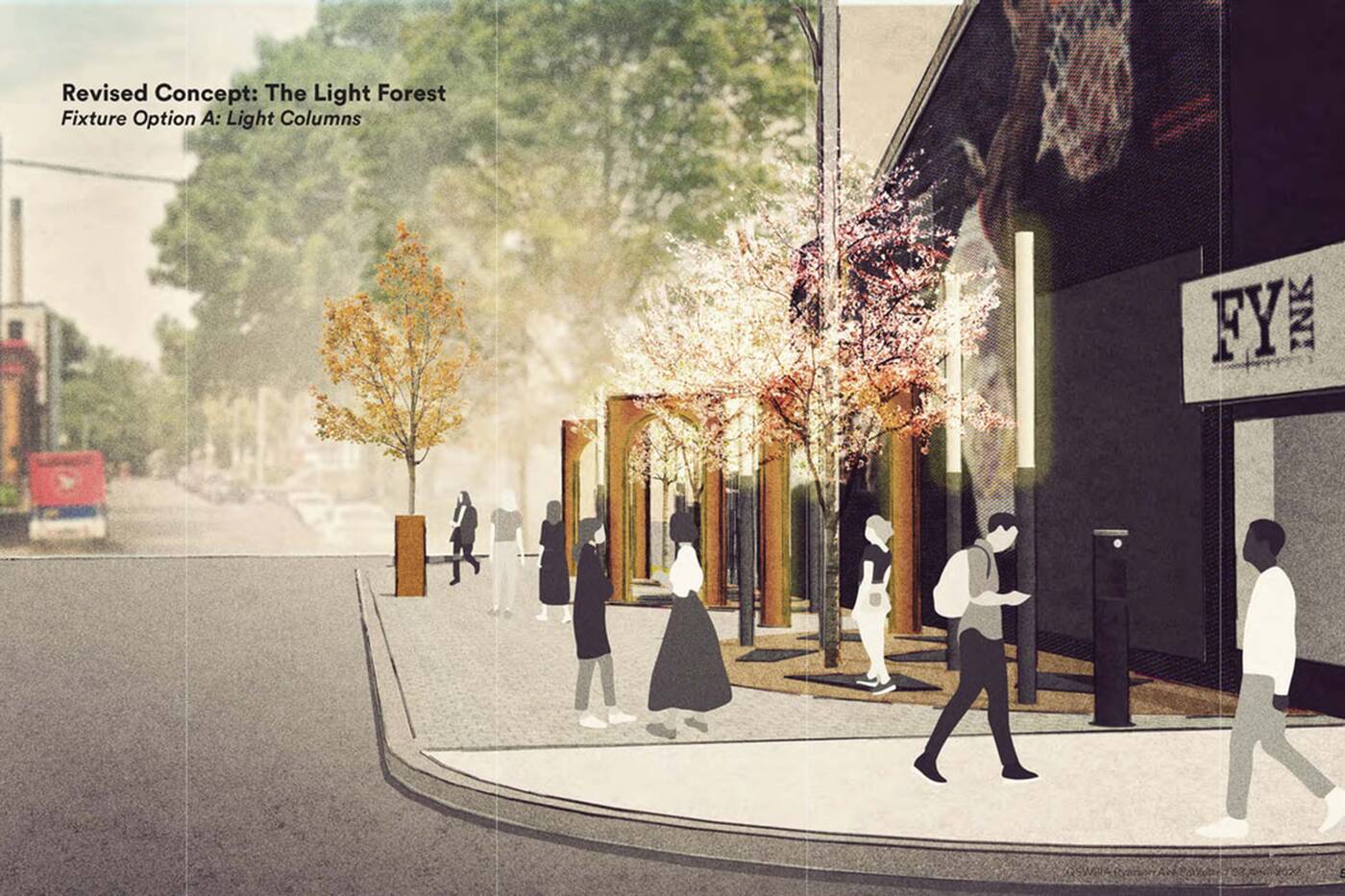 The new concept for the Ryerson Avenue Parkette is similar to what already existed on the site, but without the seating and with more lighting. Rendering from the Queen Street West BIA.

The new idea does not seem to be much of a departure from what the space already was, and appears to keep the existing metal arches (fixtures FY Ink personnel were apparently unable to physically remove,) but without the wooden seating/performance space and with “an emphasis on lighting for enhanced safety.”

It remains unclear whether the crew at FY Ink knew about these forthcoming plans, and seems as though no punitive action is being taken against anyone from the shop for the incident.