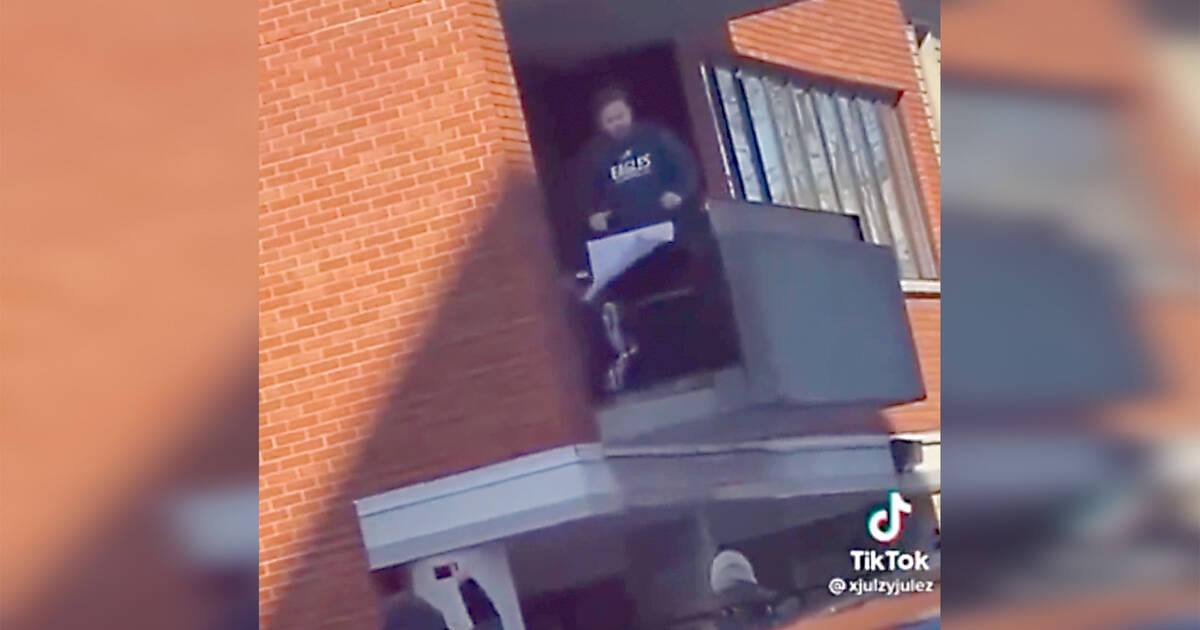 Residents in Ottawa have now endured nearly three weeks of so-called “Freedom Convoy” protests, and some people have reached the breaking point as seen in a video circulating online.

Many attending the protest may think it is peaceful but for those living in Ottawa it is not — as evidenced from people snapping and screaming at protesters and the many counter protests that have emerged.

As the days have stretched into weeks, reports of constant honking, harassment and criminal behaviour are definitely impacting the people Canada’s capital. Further evidence of people’s growing frustration emerged in a video of a man shouting at two other men from a balcony in Ottawa this week.

The video is captioned “This just happened in Ottawa” and starts with a man shouting “Let’s just make sure it is clear — f**k-you, shut-up.”

This has got to be the next Canadian Heritage Minute. 🇨🇦 pic.twitter.com/KAJFQyg9JC

The man in question is looking down and giving the people the finger. It is difficult to hear what the two men below are saying and the man continues to speak over them.

He talks about how the men are having tailgate parties and talking nonsense.

The video ends with the man firing off multiple “f**k-yous” to people seemingly gathering around the building.

The video is being dubbed the “next Canadian Heritage Moment,” recalling those warm, fuzzy short commercials celebrating special moments in Canadian history. Sadly this wider cultural moment will be remembered, but not fondly.

This Ottawa resident is a national treasure.

“A part of our history” pic.twitter.com/gO0RuTa3Eh

People are commenting with similar stories.

“Cursed out a guy on the canal with a megaphone the other week and would highly recommend. feels great,” one person wrote.

I think he speaks for all Canadians.

Others want to support the man whose patience has clearly worn thin.

“I’d support a GoFundMe to get this guy a drink or two,” one person wrote.

And just as the “freedom convoy” is spreading around the world, so too are counter protest videos from people who have had enough.

Ottowans and Canadians, I present to you an indigenous Māori woman giving thoughts on protestors in Wellington New Zealand. Stronger language used by her haha 😂 https://t.co/2IRFLrnjuq

No one knows how this will all end, but at least some people are refusing to take it and putting up a fight against hate.