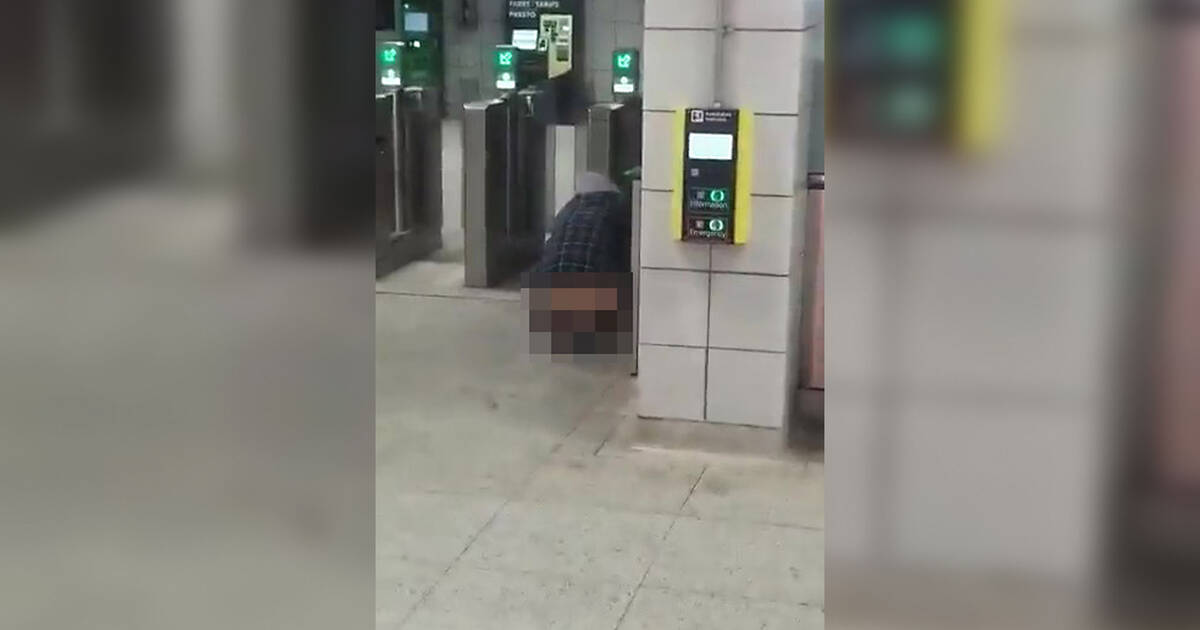 When nature calls, most of us will race for the nearest washroom to do our business. Most, but not everyone, it would appear. In your daily dose of “wtf,” someone was recorded taking a crap inside a busy TTC station, an early nominee for most ambitious Toronto poop of 2022.

The incident occurred at St. George Station, confirmed in a video shared on Wednesday evening showing the defiant defecator squatting next to the station’s Presto fare gates and slowly extruding a turd, all as commuters walk by seemingly unperturbed by the exhibitionist poop unfolding before their eyes.

If you’re squeamish or have yet to finish your breakfast, this is your last warning to avert your eyes before you see something truly disgusting.

Sorry to be offensive or sick but this is a regular occurrence on the #ttc @blogTO @NarcityCanada @TorontoStar @TheTorontoSun pic.twitter.com/7Bj5CvM0Tj

First off, our heartfelt apologies for making you watch a strange man puckering his butthole and squeezing out a poop, but this is absolutely something commuters should be aware is happening on the TTC.

And it’s not an isolated occurrence either, reports indicating that TTC staff are regularly forced to deal with these incidents.

I’ve tried to report these incidents to station supervisors only to have them laugh and tell me there’s nothing they can do because the person is an EDP!@shelleycarroll @JayeRobinson

People have been responding to the video with reports of similar incidents, a window into just how common the public transit system is used as a public toilet.

Yes , nothing new there. We had a female pisser on the subways. She would hike her dress, grab herself and shoot it a good 7′

Ossington Station was also the site of a recent poopening, with a disgusting Facebook post showing a pile of upsettingly loose stool and a forsaken scarf, which appears to have been used for the occasion as makeshift toilet paper and then discarded at Ossington Station.

Others are just flabbergasted at the concept of taking a crap in such a visible place, though an unchecked housing crisis, a shortage of mental health outreach staff, a lack of public washrooms, and brutally cold weather should all be considered as factors before anyone takes out their anger on this individual.

TTC spokesperson Stuart Green seems to think it’s not as common as commenters suggest, telling blogTO, “Although I have no information about the time or location, the description you have shared sounds like a very rare occurrence.”

Green continues, “I would hope that rather than shaming individuals who may be vulnerable or in need on social media, incidents like this would be reported to our stations staff or customer service so we can assist the individual and ensure the station is cleaned up.”

It’s been a big week for poop-related news in Toronto, these subway dumps adding on to an incident during the recent trucker protest where a man was arrested for assault with a weapon after flinging feces at someone.