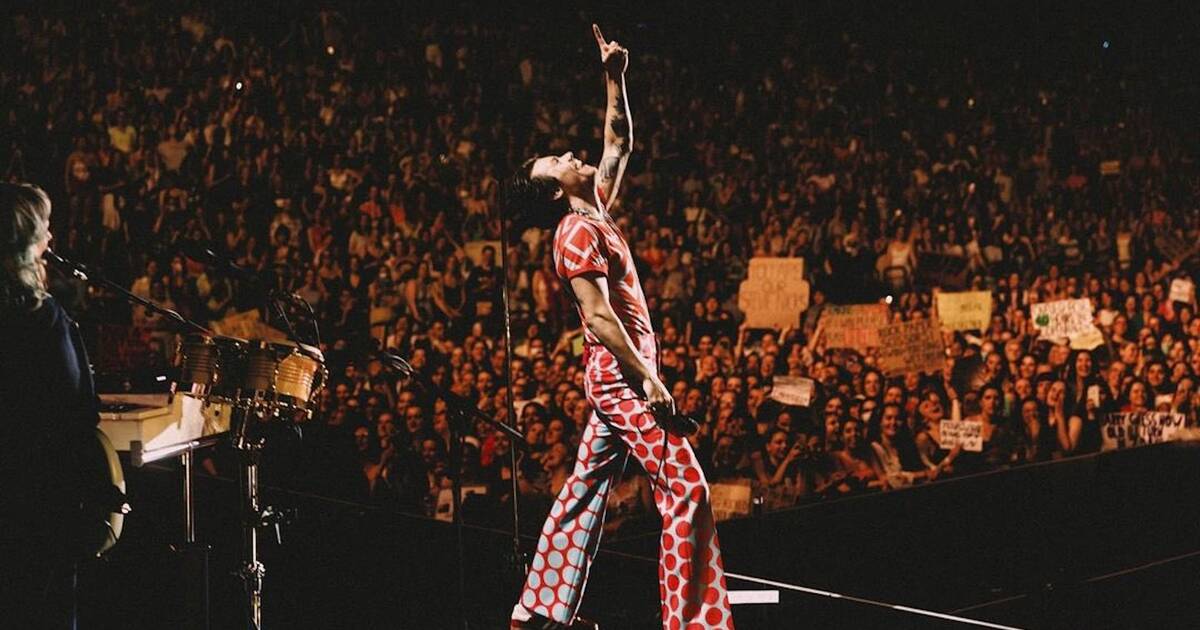 Harry Styles’ two-nights of sold out shows at the Scotiabank Arena saw hundreds of fans queuing up hours before the British rocker was set to take the stage.

But yesterday, these fans were essentially cleared out by Scotiabank Arena security, who say fans aren’t allowed to line up overnight anymore.

Styles blew the top off the arena on Monday night, to the delight of the audience, many of which were crying.

Anyone know how long the line is for pit now???
Tags hslot Harry styles love on tour Toronto

But 24 hours before the Watermelon Sugar singer performed, fans were already lining up outside. This happened at the same time Los Angeles rapper Kendrick Lamar was performing on Sunday.

Are there already a lot of people in line for harry styles concert in toronto???

Some accounts on social media allege fans started lining up at Friday – that’s 72 hours before Styles was set to perform on Monday night and probably before he even entered Canada.

For those wondering why fans would put themselves through days of sleeping outside on the concrete, Styles’ show features a stage in the middle of the audience, with fans circling all around.

Because tickets are general admission, whoever gets in line first would likely end up with the best view. And since Styles’ fans are notorious diehards, it’s not difficult to believe some were lining up days before.

I love Harry Styles but waiting in line for 3 days for a concert is completely and utterly insane.

My gut tells me this will be a repeat of the Phoebe Bridgers show in Toronto where a bunch of dehydrated teenagers passed out multiple times and caused the show to stop 5 times.

But yesterday those fans packed up and their stuff and left – with some alleging Scotiabank cleared out their tents.

A TikTok from yesterday’s line up shows a sign posted by Scotiabank Arena reading “line for general admission. No line-ups prior to 8am on show day. Overnight lines will not be permitted.”

When asked what exactly happened to these fans, Maple Leaf Sports & Entertainment (MLSE) provided a short answer to blogTO.

“Over the weekend Scotiabank Arena hosted two shows with Kendrick Lamar, as well as a retail pop-up shop for Harry Styles. To ensure the safety and security of all our fans, we do not permit early line ups while our venue is occupied,” said Charize Abendanio.

who’s camping for harry right now?? i’m gonna get there around 3am and wanna make friends in line #HSLOTToronto #LoveOnTourToronto #harrystylestoronto

She also added that “all fans who had tickets were able to enter our building safely,” but stopped short of saying security removed the fans.

The overnight lines with tents did draw some critcism, with many highlighting the hypocrisy of the city clearing out homeless encampents but not batting an eyelash at the hundreds of fans.

toronto police when they see a tent from someone camping out to see a harry styles: 😉🥰😜💕

toronto police when they see a tent that is someone’s only form of shelter: 🤬🔥🔪🔫

It appears that fans for tonight’s show should be fine as long as they started lining up after 8 a.m.