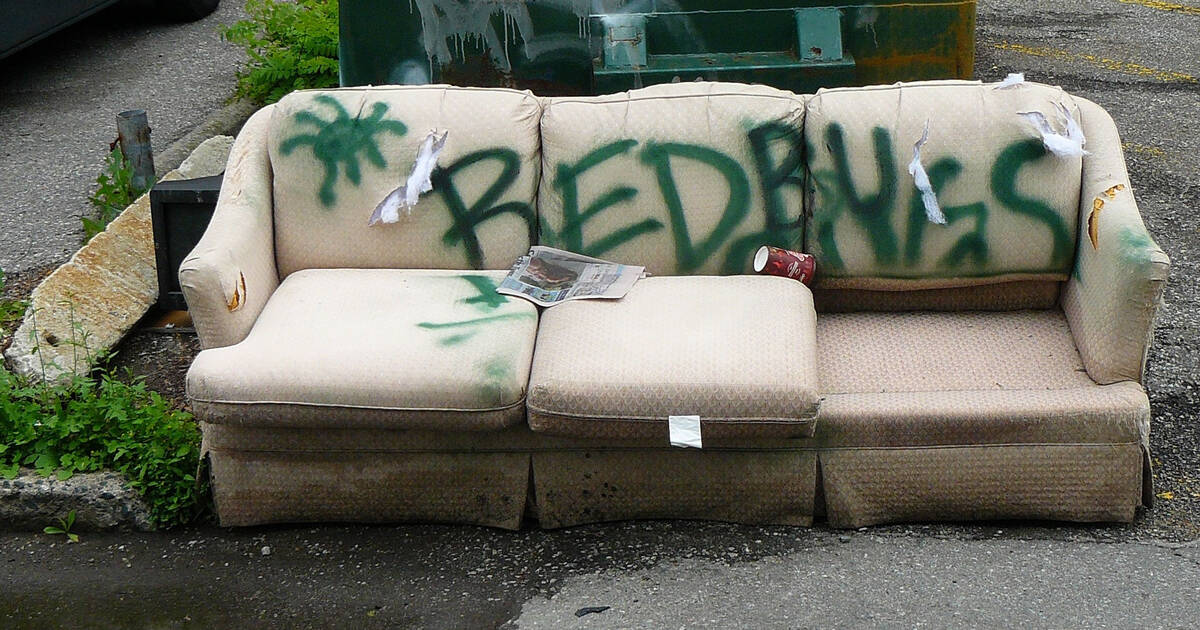 Toronto and its surrounding suburbs face a pest epidemic, and experts are raising alarm bells about how our work-from-home habits may be fuelling an explosion in the populations of unwanted houseguests like rats, roaches, and dreaded blood-sucking bed bugs.

Toronto frequently ranks as the worst city in Canada for bed bugs, and even before lockdowns exacerbated the problem, they could be found in public places like on the TTC. Bed bugs aren’t the only pest plaguing the city, as cockroaches and rat infestations also seem to be on the rise.

Rebecca Morton of Toronto-based Armour Pest Control explained the worrying situation to blogTO, describing how changing dining and working patterns are the likely sources behind the shift concerning where pests come from in search of food, and why your home may suddenly be in their crosshairs.

Morton tells blogTO that “with the arrival of the pandemic and the trend of working from home that followed, we definitely saw increased calls to treat bed bug and rat infestations.”

“When restaurants and public places went into lockdown, rats were forced from traditional restaurant strips and areas with high volumes of refuse to residential buildings and neighbourhoods in search of new food sources, where they began to establish new populations.”

Morton notes that there was an uptick in calls for bed bug treatments once public meeting places and event venues were removed from the equation in 2020.

“People began to visit each other at home more often and may have unfortunately brought these little hitchhikers with them, which is one of the main ways bed bugs spread.”

Lockdown conditions also came with fears of welcoming strangers into your household, and Morton points out that “many potential clients would be hesitant to grant access to pest technicians in their homes to treat their issues. This was especially problematic in apartments where untreated infestations can easily spread to neighbouring units.”

“In a news release issued Monday, Orkin Canada revealed that Toronto was the city with the most service calls issued for bed bug treatments. The company named Toronto as Canada’s worst city for bedbugs last year as well.” https://t.co/nShrYY5zzy pic.twitter.com/dwkU8287Ov

Once inside a building, particularly multi-residential apartment and condo complexes, pests can spread quickly from unit to unit. In the case of cockroaches, Morton recommends buildings are treated all at once to prevent unit-to-unit migration.

She explains that “it is not standard to treat bed bugs the same way since they tend to be isolated to more concentrated areas and don’t spread as quickly. A diligent landlord would treat a unit promptly and with high-quality products so it shouldn’t become a larger issue.”

“But if there’s a heavy infestation in one unit, it’s fairly common (and good sense) for the building to have the surrounding units treated before the problem can spread.”

Morton says that the best way to prevent a bed bug infestation is to never take in used furniture left sitting at the curb.

“Picking up used furniture on the street, especially if it looks new, may be tempting, but it’s also a fairly strong signal that there is something wrong. Look for small black dots on the furniture which are evidence of insect waste.”

Even if you find your dream furniture sitting out in the dead of winter, don’t go thinking that extreme cold is enough to kill off whatever may be lurking within.

Morton says that “bed bugs, in particular, can survive in a wide range of temperatures outside and may remain present on the furniture for some time. If you absolutely must pick up the item, give it a thorough steam before you bring it inside.”

Someone just spotted a bed bug on the #TTC subway #Toronto pic.twitter.com/kJYJ6zvpRh

Some municipalities take their own proactive measures to fight pest infestations, like Peel Region, where there’s a pilot program in place to subsidize homeowners for outdoor rat control.

It’s a service not offered by the City of Toronto, which Morton says may make residents “less likely to purchase the service themselves at the first sign of an issue.”

Creepy crawlies and rodents will jump at any chance to co-habit your home, and though they can cause disruption, damage, mental health issues, and even disease, it’s usually not the end of the world.

‘Usually’ being the operative word, as there are several cases of houses burned down by authorities due to out-of-control infestations. A thought sure to make most people’s skin crawl.