People in Toronto are really loving this billboard right now 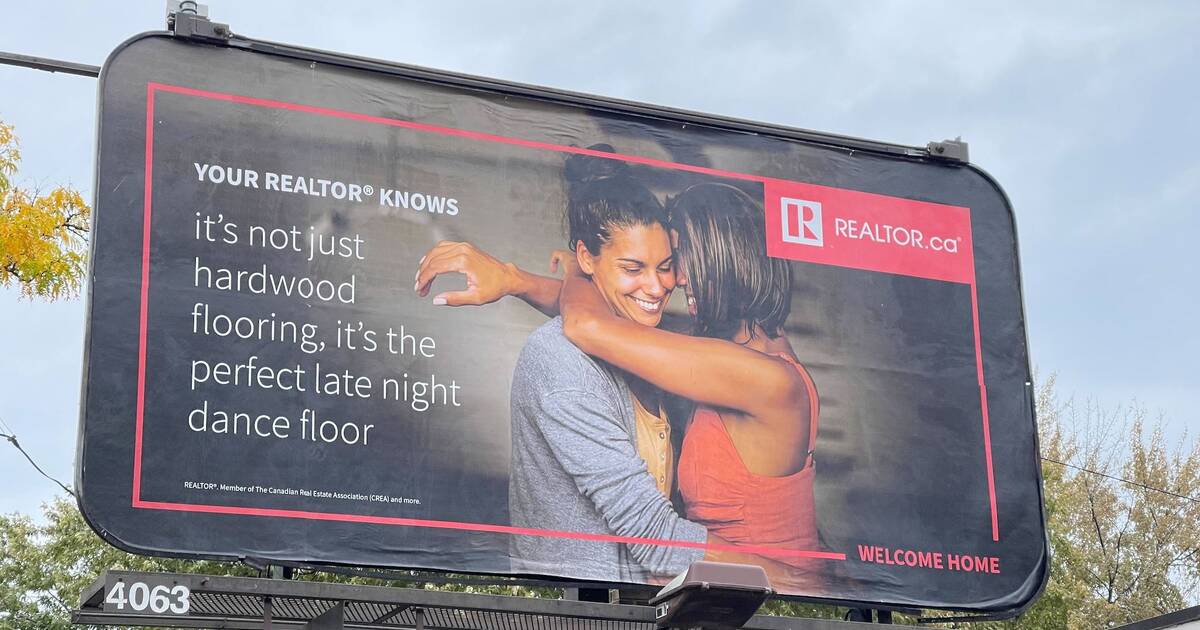 Someone recently praised a Toronto billboard on social media for being so “inclusive, sweet, tolerant, romantic and wonderful,” and other people in the area and online are loving it.

“I wanted to share this awesome billboard i saw at the foot of Woodfield road on Queen in Leslieville. This makes me happy today,” the post reads.

“Love can be shared between any two people regardless of gender.”

The poster says “thank you to whomever,” but it looks like she can thank Realtor.ca, who seems to be responsible for the ad judging by their logo in the corner.

Though an image of women embracing in a slow dance may seem relatively typical, there’s been an outpouring of celebration in response to the billboard online. 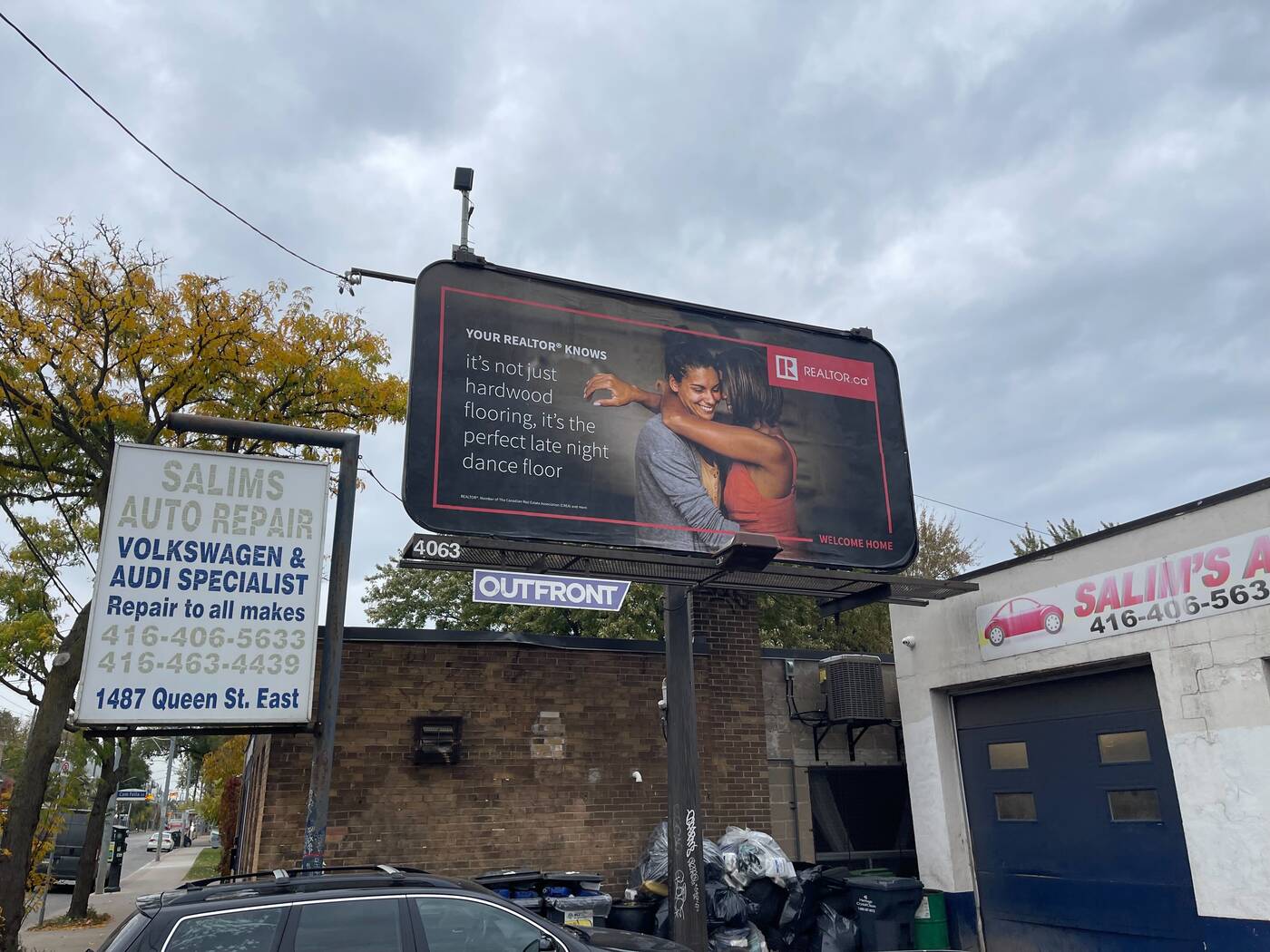 The billboard is outside an auto repair shop in the Beaches. Photo by blogTO.

Comments range from simple ones like “I love walking by it every day” and “This is a great ad! Love this!” to thoughts like “Recently had a conversation about biracial couples in advertising…and seeing this inclusion makes my heart soar…love this.”

Of course, others have chimed in with less positive comments, pointing out issues they have with the billboard.

“Intersectional cut-throat capitalism? I’m sure all the LGBT and racialized people who are homeless because of the toxic housing market that realtors perpetuate will feel very represented,” one person commented.

There’s some discussion about whether the company who put up the ad actually even cares much about representation and inclusion, with one person saying, “Who cares. And I say that as a woman in a lesbian relationship.”

One person said, “There’s a term for this kind of cooptation.”

Other people made points about affordable housing, and there are opinions about the market and other real estate issues branching out within the conversation.

“I was pleasantly surprised, though because I’m cis gender and a boomer. At first I looked at it and was a bit perplexed. I didn’t get it at first.
Then the penny dropped and I realised that not too many people would see it tucked away there. How about some recognition,” the person who originally posted about the billboard tells blogTO.

“It’s bad enough same sex couples have had to stay in the closet for like, ever and ever. Maybe shining a spotlight on this billboard in celebration of being true to oneself. I had no idea other people would have such a strong reaction. And so many likes, wow they just keep coming. It’s wonderful and refreshing. Bravo for love.”

“Glad you posted it,” one person simply said, adding a statement no one can argue with: “Closets are for houses not people.”