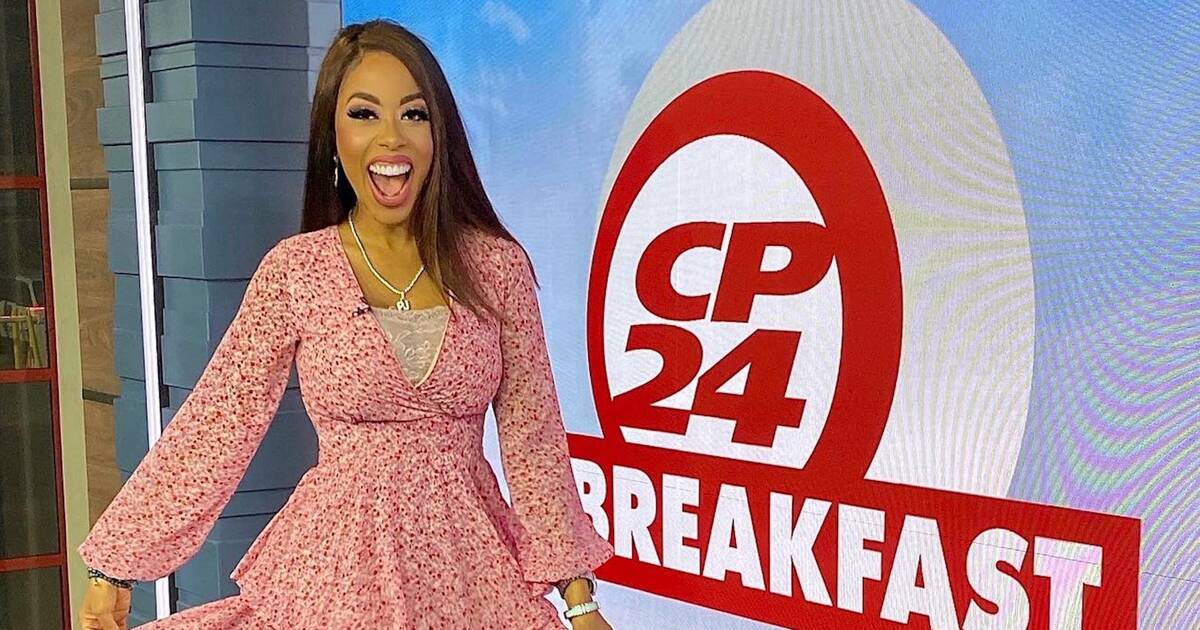 Former CP24 Toronto personality Patricia Jaggernauth has for the first time spoken publicly about her allegations against Bell Media and her recent Ontario Human Rights Commission complaint claiming patterns of racism and discrimination at work.

In a two part Instagram reel, Jaggernauth detailed her 11-year tenure with Bell Media and the circumstances which lead to leave her “dream job” and the many times she was passed over for any confirmed position.

The 40-year-old journalist worked as a weather specialist and sometimes host of the CP24 morning show and was known for her upbeat, bubbly personality and huge ear-to-ear grin.

But she tells her viewers that deep inside, that happy personality was not the reality she dealt with.

“I received hardly any raises and no promotions or opportunities over my 11 years. Except CP24 would give me opportunities, filling in for white colleagues, weather and hosting.”

She alleges to have only received one raise in her more than a decade-long relationship with Bell, which amounts to around $14.

But that didn’t stop her from continuing to ask for more money as other white men, some without TV experience, secured six-figure contracts.

“As a longtime Emmy-award winning TV personality, I had been treated like a token and a commodity by CP24 and Bell, passed over for promotions more times that I can count.”

“We do not comment on matters involving current or former staff members, but can confirm that Bell Media takes allegations of any potential discrimination very seriously, and are committed to a safe, inclusive, and respectful work environment where employees can thrive.  If a matter is brought to our attention where an employee did not feel adequately supported, a process is triggered to review and address when required.”

It came as a shock to many that Jaggernauth, with her 20 years of working in television and impressive track record, never had a full-time position with Bell Media.

Jaggernauth tells viewers that she was only guaranteed two days of work per week and that she had been forced to continue working as a freelancer, making “significantly less” than her co-workers.

“This is not a PJ issue. This is a Bell Media issue with me and not giving me the opportunities,” she said.

In her video, she labels the work environment she stayed in as “toxic” and said that many coworkers would take mental health leaves and even resign over it.

“The environment was terrible for mental health. Even for the most positive,” she says while pointing to herself.

Ultimately Jaggernauth says she’s lost out on “so many opportunities to white colleagues” across positions within Bell Media, despite having been interviewed and being told she was perfect for the role.

She alleges being told that the “right” opportunity was always just around the corner, but that it never came.

“I was mislead by Bell, over and over again” she says while crying. “Of course I held on to hope, this was my dream job, guys.”

She reveals that the last straw came this summer when she was told she could no longer take freelance gigs without Bell Media’s approval, but that the company still hadn’t offered her any full-time or part-time roles.

“There remains a severe gender and race wage-gap at CP24,” said Jaggernauth in her second reel, questioning why the Black community is not fairly represented on CP24 breakfast.

“Where are the Black individuals on this show? When a Black person would be present on this show, it was just like I, filling in. No permanent black representation on CP24,” she questions.

She breaks down in this video when speaking about her faithful viewers and fans: “I am heartbroken to walk away from you, my loyal and supportive viewers.”

Ultimately, she says she had no choice but to file the complaint to the human rights commission.

Of course, this move comes after Bell was brutalized for not renewing the contract of another employee, longtime evening anchor Lisa LaFlamme.

These two back-to-back events have some members of the public scrutinizing the company’s treatment of women employees, especially women of colour.

Comments on both videos are filled with supporters of Jaggernauth, applauding her for the strength and bravery it takes to speak out against the giant that is Bell Media.

“It is time for Bell to listen and to change,” Jaggernauth tells the camera, tears in her eyes.