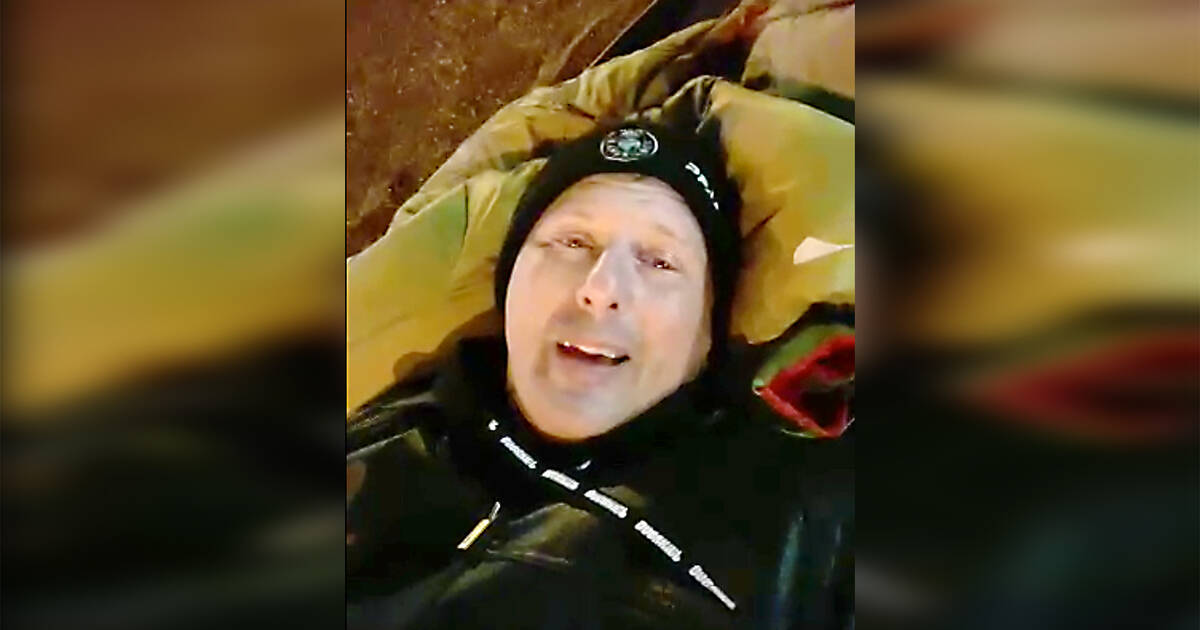 During a night searching for a place to sleep on a cold night in Toronto, an OPP officer found himself in a “concerning” ramshackle structure housing a person in the middle of the city.

OPP Sgt. Kerry Schmidt posted a series of videos during his night on the streets in Toronto and York Region this week. The night was part of an awareness and fundraising campaign for 360 kids, an organization that helps at-risk kids struggling with homelessness.

Schmidt said it was an experience he “will never forget.”

The officer said that everything is a challenge for people living on the streets — shelter, food, clothes and simply a warm-enough place to exist.

“It’s harder for everyone who is out on the streets,” he says.

Schmidt spent the night of Thursday, March 3, visiting shelters and looking for a place to sleep.

During the night he says he met a guy in the “middle of the city” who was living out of a handmade shack with a little propane heater.

Schmidt spent time speaking with the person in the shack and he struggled to find words for the experience.

“What I just experienced is pretty, actually, I’m not sure what the word is… But it’s, it’s concerning,” he said. “It’s about as authentic as it gets.”

In an area such as Richmond Hill, with million-dollar condos being built all around, people are living in abandoned homes, which Schmidt says will eventually fall to developers’ projects.

“I was truly humbled throughout this experience and shocked how youth live in third world conditions,” Schmidt said.

Near the end of the night, Schmidt found a warm spot on a sidewalk grate at Yonge and Front Streets where he finally got some rest.

“I can’t believe I spent the night sleeping on a sidewalk grate looking for some warm air,” he says.

The campaign proved successful; as of Friday afternoon, Schmidt had nearly doubled his $5,000 fundraising goal for 360 kids.