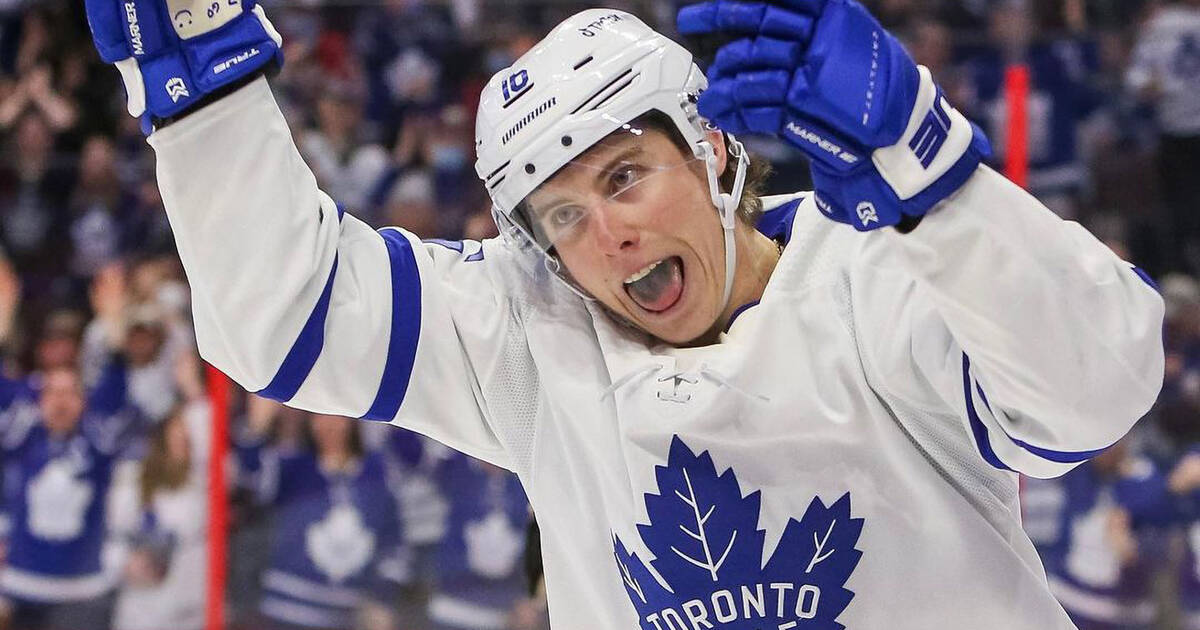 It’s not a great week to be a Toronto Maple Leafs player, as just two days after another crushing early postseason exit, star forward Mitch Marner has reportedly been robbed and had his car stolen at gunpoint.

The Toronto Police reported that a man was robbed of his black Range Rover at 7:46 p.m. on Monday evening outside the Cineplex theatre at The Queensway and Islington Avenue by three suspects with handguns and a knife.

Shortly after the incident was tweeted by police, the Toronto Sun reported that, according to a source, Marner was going to see a movie with a friend when the group “approached the car wearing masks and said they wanted the vehicle,” with Marner reportedly telling them to just “go ahead and take it.”

The source told the Sun that while the suspects were brandishing handguns, they were never pointed at the heads of Marner or his friend.

…and the week continues to get worse for Mitch Marner.

In fact, the suspects apparently didn’t even know they were robbing an NHL star who was already having a pretty rough week, and were only interested in the car.

Mitch Marner was carjacked last night… Reportedly he is shocked but ok. Thats not the only thing he was robbed of during this week.

The situation has many cracking jokes about Marner’s unfortunate 48-hour stretch, but considering the severity of the crime and the mental health impacts victims can experience, many commenters aren’t having it.

Mitch Marner was held up at gunpoint. I can’t imagine how I would feel after that.

So, and I mean this as politely as possible, fuck off with the salary cap jokes. (One guy actually wondered if the Leafs would be free of the cap hit if “things had gone bad”)#LeafsForever

And while a few are rightly concerned about the star forward after the carjacking and police have stated that the incident left Marner shaken, a source told the Sun that “He’s doing alright.”

TPS has asked that neither Mitch or the Club comment any further on the details of the incident as this is an ongoing investigation.

It may not have been a targeted crime, but it’s starting to feel like these carjacking incidents have grown more widespread in the Greater Toronto Area.

There was another recent carjacking attempt in this same area, and there has also been a recent series of brazen daylight thefts in York Region targeting luxury cars.