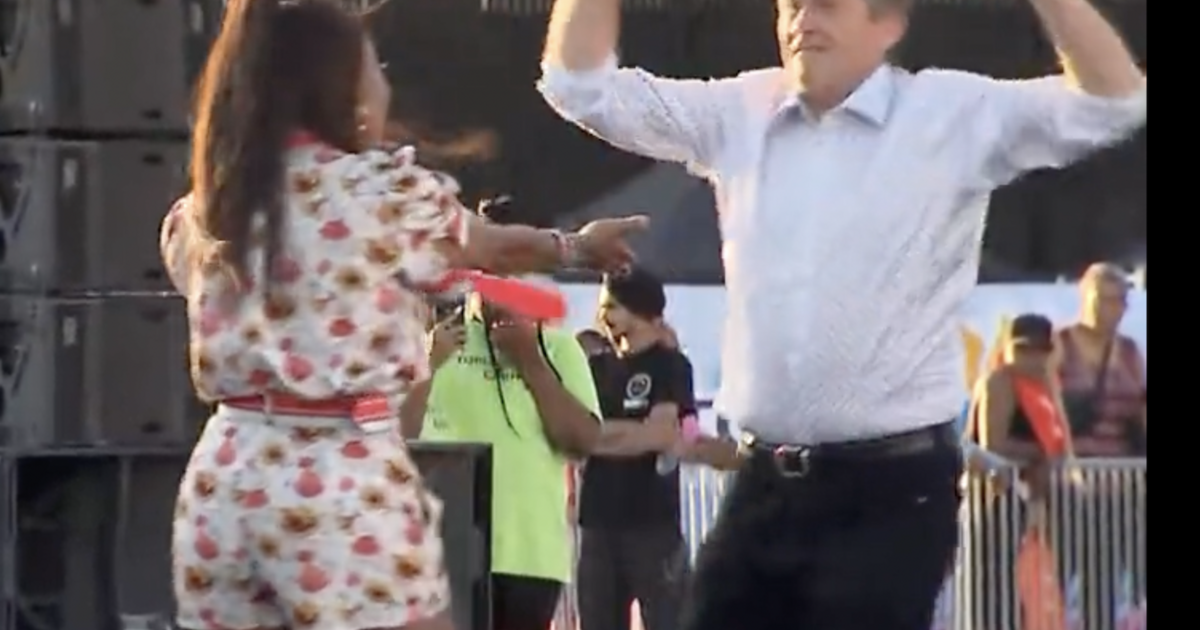 Toronto Mayor John Tory is notoriously bad at many things, now it’s time to add dancing to that list.

The 68-year-old was present at a Friday morning kick off event for one of the most anticipated weekend events of the summer, the Toronto Caribbean Carnival, where he took to the stage to show off his dancing skills — or lack thereof.

MUST WATCH: Mayor John Tory busts a move to celebrate the return of the Toronto Caribbean Carnival https://t.co/pNhGJAoQsZ pic.twitter.com/P3UgDQISAB

Showcasing a classic Caucasian two-step, Tory basically side steps (or crab walks) back and forth across the stage while holding an intense gaze with the event host.

To make it even more cringey, Tory puts his arms up in the air to really get the crowd going, but of course, it doesn’t.

His arm dancing definitely needs some work and looks more like he’s bracing himself from a fall than busting a move. Watch the video multiple times and it looks like Tory is attempting to do a backstroke out of water.

As he brings it home, Tory shows that he’s not just a boring ole’ mayor, he’s a cool mayor, and side steps it backwards, still making creepy eye contact.

He throws in a little spin for good measure and in true Caucasian fashion, furiously bits his upper lip for some unknown reason.

It’s obvious that Tory is not nearly as good a dancer or even as entertaining as late mayor Rob Ford.

Perhaps the best part of the video are the onlookers in the background, who attempt to stifle fits of laughter as they record the mayonnaise mess.

If this doesn’t disqualify John Tory then I don’t know what will… https://t.co/YLGjJlZDwn

Of course, the internet has been ripping him to shreds. We get he’s old and we get he’s white, but we expected just a little bit more.

Someone get Tory some warm milk

Hopefully his dancing put him in a good mood as confirmation just broke this morning hat the city’s integrity commissioner has launched an official investigation into the mayor’s ties with Rogers, citing a conflict of interest.

We need to bring back shame… This so cringeworthy all cause of John Tory https://t.co/cpY0rsFIgB

In case you didn’t know, Tory gets paid $100,000 per year to sit on the advisory committee for the Rogers family trust.

Remember that if you don’t want to see Tory dance like this anymore (or have public washrooms closed during the winter, or have homeless encampments cleared by police force) your opportunity to vote him out is coming this October.