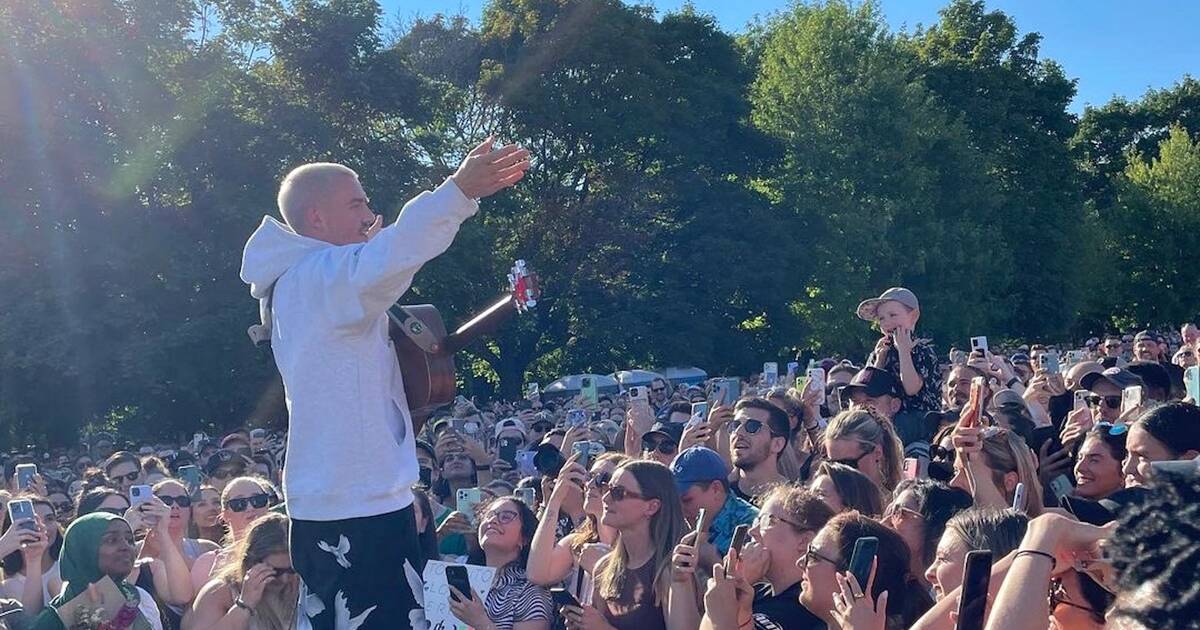 What was supposed to be a huge career milestone for an Irish musician in Toronto ended up as a quirky gig at a popular local park.

Irish singer-songwriter Dermot Kennedy was scheduled to open for Toronto icon Shawn Mendes at Scotiabank Arena on Tuesday night in front of thousands of fans.

But, due to mental health concerns, Mendes had cancelled the rest of his North American tour leg — leaving Kennedy without a chance to perform in our city.

Tomorrow’s busking session at Toronto’s Trinity Bellwoods Park will now be at 6pm EDT so hopefully more of you can come down/tune in! It will be in support of @UnisonFund and the incredible work they do so please consider donating if you can. pic.twitter.com/79qSau3cel

But that didn’t damper his spirits.

Kennedy held a charity concert at Trinity Bellwoods Park instead, where thousands of local fans came out to support the unplugged and intimate evening event.

Fantastic turn out this evening for @DermotKennedy in Toronto @TrinityBellwood ! 🇨🇦🍁Fantastic charity busking gig! Up Rathcoole 👏👏👏👏 and what a tune to finish on ❤️ well done pic.twitter.com/t81uFDw8sp

Photos from the set show swarms of devoted fans gazing up at Kennedy, clad with a microphone and his acoustic guitar.

He’s the Pride of Ireland! So amazing seeing Dermot Kennedy draw thousands to Trinity Bellwoods Park last night, busking for free! He was originally slated as Shawn Mendes’ Supporting Act on his cancelled Wonder Tour, but still made the best of it!https://t.co/6NCdQpP5gp pic.twitter.com/j1a6vQbqOA

Fans were encouraged to bring a few dollars, all of which were donated to The Unison Fund, a Canadian charity that provides counselling and emergency relief for local musicians.

Bolted out of work and parked illegally just to make it on time to see @DermotKennedy busking in Toronto!
Unreal! ☘️👏🏽 pic.twitter.com/NM4zdcEZRG

A quick search on social media showed a few surprised park-goers stumbling upon the busking fest, while other, more dedicated admirers sprinted from their places of work to make it in time for the 6 p.m. show.

“Toronto I love you!!! You’ve supported me so beautifully for so long,” read Kennedy’s most recent Tweet, thanking his dedicated fans.